Go to hjasonnolan.net for my blog. This is legacy stuff now

August Issue of The Harrow

Journalists as Heads of State 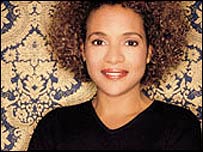 A Haitian-born journalist from Quebec is expected to be Canada's new Governor General - the representative of the head of state, Queen Elizabeth II.
Canadian Broadcasting Corporation journalist Michaelle Jean, 48, is due to be named by the office of Prime Minister Paul Martin.
The announcement will make Ms Jean Canada's first black Governor General, and the third woman to hold the post.

And she's the second CBC journalist in a row.

On Friday August 5th and Saturday August 6th 2005 - Toronto based artist Mike Parsons will be creating a live comic book and large-scale drawings. He will be performing in the Art Exhibition area of the Artisan Market at Yonge & Dundas Square. Smaller works will also be available. Come down and check out some of his new work, and enjoy the festival. Mike's work is also on display in the Queen/Bathurst area. If you wish to view these pieces please call to make an appointment. (416) 504-7604

We have 6 pieces of Mike's work. Corry's Pissed, as should we all be...

People working with early versions of the forthcoming Intel-based MacOS X operating system have discovered that Apple's new kernel makes use of Intel's Trusted Computing hardware. If this "feature" appears in a commercial, shipping version of Apple's OS, they'll lose me as a customer -- I've used Apple computers since 1979 and have a Mac tattooed on my right bicep, but this is a deal-breaker.

As I told rochelle on IM: "as long as someone has a work around that bypasses this I'll be ok. but if it isn't bypassed you can be sure that more people who write software will move to linux, which ay improve linux. And I'll move back to it." Mac was my OS of choice after SunOS, DOS, NeXt and the like. I don't mind changing.

Something I'll be watching...

Burningbird: To Google, Pregnancy is Evil

Google's motto is "CDo no Evil". We have to assume the company includes getting pregnant as an act of evil, according to a recently filed job discrimination lawsuit.

What's your library doing on September 11?

Found What's your library doing on September 11? via Alex Halavais.

Talk about issues that matter:


The September Project is a grassroots effort to encourage public events on freedom, democracy, and citizenship in libraries on or around September 11. Libraries around the world are organizing public and campus events, such as: displays about human rights and historical documents; talks and performances about freedom and cultural difference; and film screenings about issues that matter.


Those cats are like so many bloggers sitting at home staring into their computer screens and watching other bloggers blog other bloggers. Cats, who live indoors and love to prowl, are the soul of the blogosphere. Dogs would never blog.

I've know shakenblake somehow since I was 5. Though I don't think I noticed until highschool. He's into women's make-up, professionally speaking. Otherwise he's being nature boy. I'll have to dig up some pictures.

Got this via Stefanos' Sousveillance Blog: RFIDAnalysis.org

The Texas Instruments DST tag is a cryptographically enabled RFID transponder used in several wide-scale systems including vehicle immobilizers and the ExxonMobil SpeedPass system. This page serves as an overview of our successful attacks on DST enabled systems. A preliminary version of the full academic paper describing our attacks in detail is also available below.

Encyclopedia Dramatica is a great looking wiki devoted to internet parody, or as they put it "Welcome to Encyclopediadramatica, the ultimate compendium of internets parody."